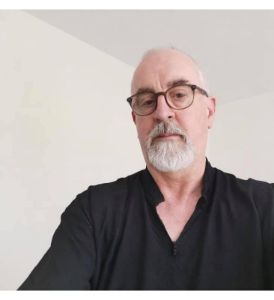 Time is an odd thing. Sometimes we think it passes quickly and at other times, slowly, but the certainty is that our time is limited by nature.

People don't like to think about their own mortality, but what we know, is in this present situation, people have had to think about it. And they have not reacted well to this revelation.

I say revelation, because people tend to be surprised that they don't actually live forever. Blanking out the reality is something which people have done to an almost professional level over the last eight months.

Time is used by politicians to keep the public thinking that something is being done, when in fact they are only finding different ways of controlling what they call, the masses.

None of us are individuals to politicians. We are just millions of annoying beings, who are to be used to make politicians and their cronies better off. They do this without any thought to what damage they cause.

In a short written sentence, they can change the way millions of people live their lives, generally not for the better. When faced with a member of the public who might not have appreciated the decision made by politicians, they are like rabbits caught in the headlights of an oncoming vehicle.

At this point, time seems to move very slowly for the politician. Having to try to explain something to someone who is asking questions about a decision which has impacted badly, isn't something with which they are comfortable.

For the person asking for answers, the time flies by and everything feels blurred. They feel they don't have enough time to ask everything they have rehearsed in their minds.

The time which has passed is exactly the same for both parties, but for them, it is completely different.

Our lives have up to this point, been ruled by time.

We set alarms to wake up at the right time. We have had to be at work at a certain time.

We have meals at generally set times.

Appointments are all about time and being there on time. Time has become one of the most used words in English language, and one which most people really don't think about very much.

The horrible situation we find ourselves in, has made time change for almost everyone. Many people will have found that time has dragged because their lives have changed out of all recognition, due to government restrictions and rules which make no sense whatsoever.

These people have been waiting for the government to announce that a vaccine has been produced, which will allow them to get back to "normal". For them, time has slowed to a crawl.

Unfortunately for them, they will not be returning to anything "normal". They have blanked out all possibilities that the "vaccine" might have very dangerous side effects, given the unholy haste of the so called development of something which usually takes at least six years to bring to the market.

Many eminent doctors and scientists have warned the government and public about the danger and damage which can be caused by under tested and rushed vaccines. But the majority of the public, who have been conditioned by the government propaganda, are desperate to be vaccinated.

If people would have take the time to think about what they are doing, they would not be so keen to be involved in what is a live public trial of an experimental drug which has never been used on humans before.

Time is going to be the most important factor in this case.

We have 63 guests and no members online