English singer of Pakistani ancestry, Zayn Malik, gets involved in an altercation in front of a cabaret in New York. 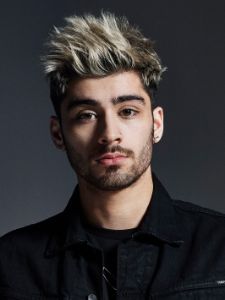 In front of Amsterdam Billiards in New York City. The English singer of Pakistani ancestry, Zayn Malik, was involved in an altercation with a person.

Social media users shared a video showing the singer angry and exchanging with the man, whose identity did not reveal insults and words outside the club.

It is reported that Zayn smoked outside when a group of men left a nearby bar and one described Zayn as gay, the singer was angry at some insults, the duo went into confrontation, and others tried to break up the conflict.

However, there was no physical contact and police were not called, and it remains to be seen why Zane took off his shirt, appearing topless, and sources say he was wearing it while inside the bar.

Malik is reported to have been a former member of the English-Irish band One Direction, and broke up on March 25, 2015, receiving several awards such as the American Music Award for Best Rising Artist, and the Billboard Music Awards.

We have 126 guests and no members online