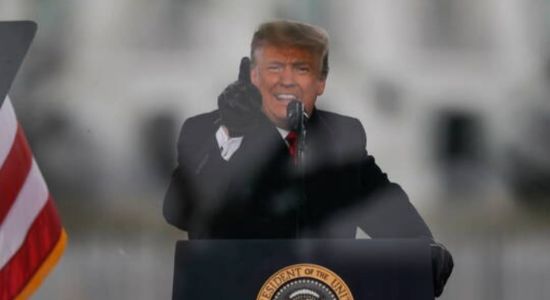 New York is considering ending its commercial contracts with US President Donald Trump's company, after Trump urged his supporters to march on the Capitol building and storm it earlier last week.

Laura Vier, a spokeswoman for New York City Mayor Bill de Blasio, said in a statement that the city is "reviewing whether there are legal grounds to discontinue its contracts with the Trump Organization."

She added in the statement: "The attacks on the Capitol building led to the killing of a police officer and four rioters, and legislators exposed to infection with the Coronavirus and threatened the transfer of power," noting that "we are reviewing whether the legal foundations exist in light of these new circumstances to end concessions with the organization." Trump, "without providing a timetable for the decision.

And the Trump company, which he still owns but has transferred the day-to-day operations of his sons, has contracts with New York City to run an ice rink and golf course in city parks.

The Washington Post, citing the president's latest financial disclosures, reported that the Trump Organization had generated about $ 17 million in park concessions.

We have 330 guests and no members online