Recognize the International Monetary Fund's Recovery of the Tunisian Economy 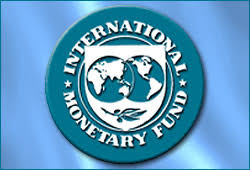 In his annual report after his consultations with the IMF experts, he presented a semblance of an economic "rush" that could bring about the "growth" of the Tunisian economy.

The International Monetary Fund (IMF) called on the Tunisian Government to reduce energy subsidies, giving priority to spending on public health and investment, and protecting social spending for eligible persons.

UNFPA recommended to the Tunisian Government that reducing the country's fiscal deficit be the objective of its fiscal policy.

The Bank's claim was made in a statement published on its website, first yesterday, at the conclusion of article IV consultations between the Fund's Executive Board and the Tunisian authorities.

In its statement, the Fund expected that Tunisian public debt would reach an unsustainable level, unless a strong and credible reform programme with broad support was adopted.

The statement further called for what it called "strengthening the fairness of the tax system" and making it more supportive of growth, and for taking action to resolve the backlog in the social security system.

The Fund's statement stressed the need to implement broad reforms of Tunisian public institutions in order to reduce their contingent obligations.

Monetary policy should focus on inflation by directing short-term interest rates, while maintaining exchange rate flexibility, stressing that the authorities should avoid cash financing the budget.

The statement called on the Tunisian Government to implement a road map for inflation targeting and to prepare a progressive plan based on conditions for capital account liberalization, closely monitoring the integrity of the financial sector.

On the private sector, the statement noted that encouraging its activity "is a vital requirement for increasing potential growth, making it more employment-generating and contained in society, while focusing reform efforts on de-monopoly, removing regulatory obstacles and improving the business environment."

It should be noted that article IV of the International Monetary Fund (IMF) Convention provides for bilateral discussions with member countries, usually on an annual basis.

A team of Fund experts would visit the member country, gather the necessary economic and financial information and hold discussions with officials on economic developments and policies in the country.

After returning to UNFPA headquarters, the experts prepare a report that will form the basis for the Executive Board's discussions in this regard.

The forthcoming article IV consultations with Tunisia are expected to take place on the basis of the regular session of 12 months.

We have 466 guests and no members online