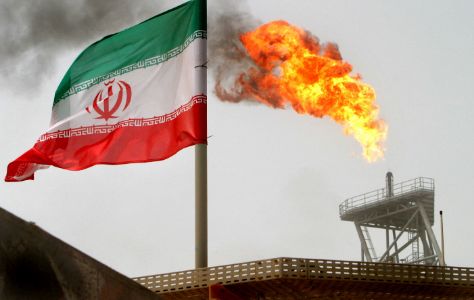 A maritime monitoring site reported that the United States imported quantities of Iranian oil it had recovered from the Gulf of Oman last year.

The website TankerTrackers, which tracks the overseas movement of tankers, tweeted that this was the first time America had imported raw Iranian oil in 30 years.

The campaign for the confiscated shipment amounted to more than 2 million barrels of crude oil, with a price of between $120 million and $130 million.

The confiscation follows a complaint issued by the United States Department of Justice calling for the confiscation of oil, the proceeds of which go to terrorist classified organizations such as the Revolutionary Guard.

In February 2020, the Department of Justice issued the complaint, stating that the ship flying the Libyan flag was subject to US anti-terrorism laws.

US Justice said the ship's campaign was part of a scheme involving multiple entities, including the Revolutionary Guard and its Jerusalem Corps, to secretly sell oil abroad.

They tried to hide this, in order to avoid US sanctions, by transporting oil from one ship to another and falsifying documents, but according to US authorities this failed.

America considers oil to be a source of influence for the Revolutionary Guards and Jerusalem Corps classified as terrorists in the United States, noting that oil sales profits contribute to the financing of Iran's arms activities and the delivery of weapons to Iran

We have 131 guests and no members online