Fears of higher U.S. bond yields are obsessed with Turkish lira for the lowest level in 2021 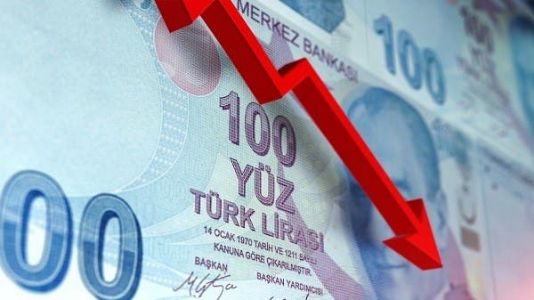 For the first time since 18 January last. The Turkish lira retreated, on Thursday, reaching 7.5.

The Turkish lira fell against the dollar to 7.5145 compared to 7.4550 yesterday Wednesday, when data showed annual inflation increased to 15.6% in February.

It should be noted that almost all the gains made by the Turkish lira this year have been erased by the fact that on the 26th of last month, for the fifth day in a row, the rise in United States bond yields set the stage for a potentially more difficult battle against dozens of inflation.

The Turkish currency rose strongly until mid-February to outperform its counterparts, having ended last year at 7.44.

It is noted that a turmoil in the global bond markets has caused concern among investors with concerns that losses may spark sales driven by concern elsewhere. Investors abandoned emerging-market currencies as 10-year Treasury yields recorded the biggest jump this month in 2016.

Analysts say that if the lira continues to weaken despite Turkey's adoption of one of the most stringent monetary policies in the world, the import-dependent economy may be experiencing further mounting pressure for inflation already at 15 percent.

We have 145 guests and no members online