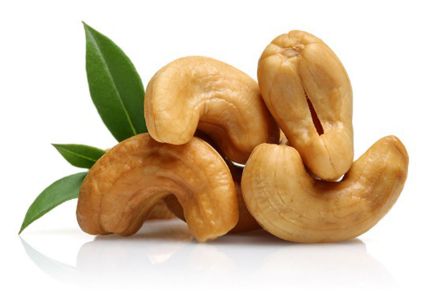 A fierce war is being waged by the State of Côte d'Ivoire against the trafficking gangs of cashew, known as gray gold, the country's most prominent agricultural crop on the west coast of Africa.

Côte d'Ivoire is the main producer of cashew, which belongs to fancy nuts, but this crop suffers from organized smuggling, resulting in the country losing millions of dollars.

According to official local reports, between 150,000 and 200,000 tons of cashew were smuggled last year to neighbouring countries, including Ghana and Burkina Faso, compared to 100,000 tons in 2019.

The Director of the Cote d'Ivoire Cotton and Cashew Council Adama Coulibaly said that his country was trying to make further efforts to curb this illicit trade, which contributes to tampering with the global price we set for gray gold. "

In 2020, his country had enacted a package of legislation to combat contraband, which also affected the cocoa trade.

Persons convicted of smuggling face up to 10 years' imprisonment, a fine of 50 million CFA francs ($ 92 thousand) and confiscation of their illicit crop and trade.

There is controversy among the farming community about these sanctions, and how serious they are about reducing organized smuggling, as pointed out by farmers from Verksidogo, the main area of cashew farming.

Farmers indicated that organized smuggling was raising prices between 74 and 92 US cents per kilogram.

The economist and member of the Egyptian Foreign Affairs Council, Sharif Al-Kharibi, said that Africa accounts for 90 percent of global cashew production.

We have 310 guests and no members online