What's the Arab country on the list of the most favorite destinations for the work of foreigners in the world? 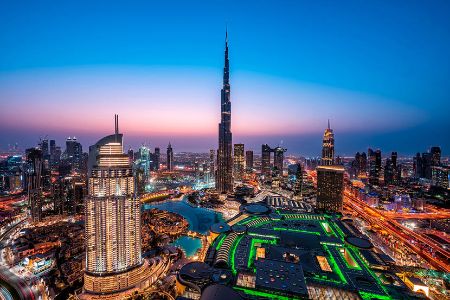 In a new study conducted by Boston Contracting Group, in collaboration with bit.com, on the most important favorite destinations for work, the study included a sample of 209 thousand people across 190 countries around the world, according to the UAE Economic Portal.

The United Arab Emirates ranked 13th as a favorite destination for foreigners to move to work, jumping 6 this year from 19th in 2018.

The study showed that the ongoing outbreak of the Corona pandemic has had a significant impact on the trends of people moving abroad, reducing their overall interest in it and attracting them to countries that have been able to contain and manage the epidemic more effectively.

The joint report, entitled "Exploring Global Talent Trends Realistically and Hypothetically," details the recent results of the study conducted by Boston Contracting Group and Pitt. Comm "on the transition of employment and their preferences in relation to the country they prefer to live.

One of the respondents in the United Arab Emirates is a migrant at an average age of 38, reflecting the composition of the country's population.

According to the study, approximately 50% of the world's people are currently willing to move abroad for professional purposes, and the low willingness to move has been expressed by respondents in almost every country around the world, asserting that this position transcends global societies.

For his part, Dr. Christopher Daniel, Managing Director of Boston Contracting Group, said, "The position of the United Arab Emirates as less affected by the epidemic than other countries is a major factor behind its growing appeal on the world stage, where many prominent cities are now less attractive than they were two years ago."

On the reasons for the increasing attractiveness of Dubai and Abu Dhabi as the world's favorite cities for living and working, for Dubai, which advanced from sixth in 2018 to third in 2020, respondents pointed to some of the attractions of Dubai as Expo 2021, rapid recovery from the epidemic, and support to the private sector.