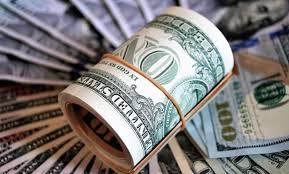 Since the dollar index - which measures against a basket of major currencies - reached its lowest level in about 5 months on May 25, at 89.63 points, the US currency has been fluctuating for some time between highs and lows.

The US dollar has been roaring over the past few days, recording its best weekly performance in about 9 months, and continuing its gains to the day, raising doubts about the view of analysts that it was weak in 2021.

But the dollar has been on the rise since the middle of last week, reaching 92.22 points today Sunday, approaching its best level for the year, recorded in late March at 93.29 points, according to Bloomberg data.

The hike comes after policy makers at the Federal Reserve Board (the U.S. Central Bank) decided to stabilize interest on Wednesday, but they were more likely to raise it twice by the end of 2023 and discussed the eventual curtailment of the Central Bank's asset procurement program, according to a "Market Watch report."

On Wednesday, the euro fell below US $1.20 for the first time since 6 May, and continued to decline in the following days.

Foley said that Rabobank's current forecast for a U.S. dollar rise this summer was based on the view that the inflation debate and Fed policy would escalate. The dollar index has risen 2.2% since the beginning of the year.

We have 334 guests and no members online