Corona tricks the body into attacking each other. 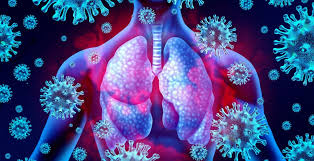 Day after day, studies reveal new implications for human health of the corona virus, which is no longer limited to pneumonia.

According to a new study, some of the rare effects of COFID-19, caused by the virus, may amount to deceiving the body, starting to attack its muscles, joints and nerves.

The study was published in the scientific journal Skeleton.

The study provides a new look at some of the mysterious symptoms caused by the disease, stating that the immune system could be pushed towards "friendly fire," that is, by mistake, which doctors suspected existed.

The study used a series of scans with a CT scan and an MRI scan, to find out what pain and swelling might be associated with the disease.

The study concluded that corona virus may lead to complications including arthritis and myelitis, a rare symptom caused by excessive activity of the human immune system.

Northwestern University academic and study co-author Swati Deshmukh states that the virus causes the body to attack itself, and this may last long.

Deshmukh added that viruses naturally lead to muscle pain, and other viruses can lead to arthroscopic problems, but the one we saw in Covid-19 is nothing like what we saw before, especially because of the scale of these symptoms and the number of people suffering from them.

Scientists have not yet discovered why the virus sometimes caused these hyperactive immune responses, but there are several hypotheses, one of which is that some humans may have problems destroying antibody-coated viruses, resulting in the accumulation of what are described as "waste," that is, UFOs.

This leads to the body being pushed into a random chain reaction, such as attacking healthy cells.

Deshmukh explained that "the virus tricks the body into thinking that some of its cells, some of its muscles or joints, are strange and need to be removed."

We have 550 guests and no members online