Piriformis syndrome and the money wallet are reasons of “sciatica injuries”. 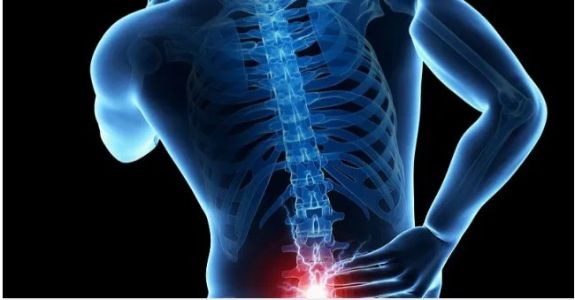 The name of this disease expresses some of its causes and symptoms, and in all cases, it can affect men or women alike. The origin of this name refers to forgetfulness, not the women

. It is said that the race or nerve was named by this name because the pain that occurs as a result of its irritation or inflammation makes a person forget anything else due to its extreme severity, while others indicate that the name may have come because the patient overlooks it and forgets to avoid taking some steps to prevent or avoid doing movements or behaviors that may lead to infection or renewed seizures.

According to the WebMed medical website a sciatica patient suffers from back pain caused by a problem with the sciatic nerve, which is a large nerve that runs from the lower back to the lower back of each leg. When the sciatic nerve is injured as a result of compressing or lifting a heavy weight in the wrong way, it can cause pain in the lower back that spreads to the hip, buttocks, and leg. The pain usually affects only one leg and may get worse when sitting, coughing or sneezing. The leg may also feel numbness, weakness or tingling. Sciatica symptoms appear suddenly and can last for days or weeks.

Most people with sciatica are between the ages of 30 and 50, while women are more likely to develop sciatica during pregnancy due to pressure on the sciatic nerve from the developing uterus. Other causes include heavy lifting, as well as herniated disc problems and osteoarthritis of the spine.

Furthermore, normal vertebral wear can lead to the narrowing of the spinal canal, which creates pressure, called "spinal stenosis," on the roots of the sciatic nerve. Spinal stenosis is most common in adults over the age of 60.

The piriformis muscle is found deep in the buttock, and it connects the lower spine to the femur and passes directly over the sciatic nerve. If this muscle spasms, it can put pressure on the sciatic nerve, causing symptoms of sciatica. Piriformis syndrome is more common in women.

A fat wallet can trigger piriformis syndrome, and some people may not imagine that their wallet, whenever it is full, can become a source of pain.

But what happens is that some men put their wallet in the back pocket of their trousers. This habit causes chronic pressure on the piriformis muscle and the constant pressure can exacerbate the sciatic nerve over time. This problem can be avoided by keeping your wallet in the front pocket or jacket pocket

Standing for long periods of time

Standing for long periods of time or climbing stairs in an unhealthy manner exacerbates sacroiliitis, an inflammation of one or both sacroiliac joints, the spot where the lower spine connects to the pelvis. Sacroiliitis can cause pain in the buttocks and lower back that may extend down one or both legs.

On the heels or toes

To determine if a patient has sciatica, the doctor asks how and exactly where the pain began, and then asks him to squat, walk on his heels or toes, or raise his leg without bending the knee. Muscle tests can help your doctor determine if the sciatic nerve is irritated or inflamed.

Some cases require an MRI to obtain more information about the location and cause of the irritated nerve. An MRI can show the alignment of intervertebral discs, ligaments, and muscles. A CT scan with a contrast dye can also provide a useful picture of the spinal cord and nerves, which can help determine the cause of sciatica and guide the course of treatment. As for X-ray imaging, it only helps in identifying bone deformities but does not lead to nerve problems.

You can take simple steps at home to ease the pain of sciatica. A heating pad or ice pack may be especially helpful. Heat or ice can be applied for 20 minutes every two hours. And it depends on trying which one provides more comfort, or switching between them.

Over-the-counter pain relievers provide short-term relief from sciatica. Acetaminophen and non-steroidal anti-inflammatory drugs (NSAIDs), such as aspirin, ibuprofen, and naproxen are options. Your doctor may prescribe a steroid injection to reduce inflammation.

While sciatica is recovering, the patient must try to remain active, as movement can actually help reduce inflammation and pain. A physical therapist can show the patient how to gently tighten the hamstrings and lower back. Doing tai chi or yoga can help stabilize the affected area and strengthen the core. But depending on the medical condition, the patient may not be advised to take some exercises, so a doctor should be consulted before any steps, who may only recommend walking for short distances.

In severe cases, the doctor has to inject steroids into the area of ​​the spine to reduce inflammation, so that the drug is delivered directly to the area around the sciatic nerve. But if the sciatica injury is caused by a herniated disc and is still causing severe pain after four to six weeks, then surgery is likely to be a suitable option, as about 90% of patients get relief from this type of surgery. Surgery may also be used in cases of sciatica caused by "spinal stenosis."

Actions not to be forgotten

As stated in the WebMed website if a person has previously had sciatica only once, there is a chance that they will have the infection and seizures again. But there are steps that should not be forgotten that you can take to reduce the odds:

Bending the knees when lifting any heavy weights.

Remembering these steps can help avoid back injuries that may lead to renewed sciatica episodes.

Guterres warns of the ...

The Secretary-General of the ...

The Vatican conducted an ...

The Russian Ministry of Education ...

Vitamin D is an important ...