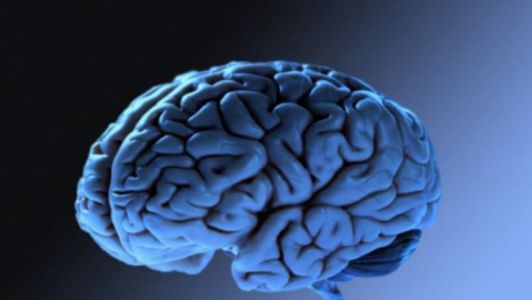 Like the key, SARS-CoV-2, the virus that causes Covid-19 disease, binds to specific molecules on the surface of the host cell, opening gates inside the cell.

And the virus entering the host cells triggers an amazing immune response. A lot of battles are fought inside the lungs, which explains why many patients in hospital with "Covid-19" have severe respiratory symptoms.

However, respiratory symptoms are only part of the story, as mounting evidence indicates that vasculitis has a critical effect on the severity of "Covid-19". In addition, between 30% and 80% of patients experience neurological symptoms, including dizziness, headache, nausea and loss of concentration. These symptoms indicate that SARS-CoV-2 also affects cells of the central nervous system.

While there is no evidence yet that the virus invades the brain, new work by scientists at Temple University's Lewis Katz School of Medicine shows that the spike proteins that emanate from SARS-CoV-2 enhance inflammatory responses to endothelial cells that make up the blood barrier in the brain.

The study, published in the December print issue of the Journal of Neurobiology of Disease, is the first to show that SARS-CoV-2 proteins can "leak" this barrier, potentially disrupting sensitive neural networks within the brain.

Dr. Servio Ramirez, professor of pathology and laboratory medicine at Temple University's Lewis Katz School of Medicine and principal investigator of the new study, explained: “Previous studies have shown that SARS-CoV-2 infects host cells by using its spike proteins (spike) to bind to angiotensin-converting enzyme 2 (ACE-2). ACE2) on the surface of the "host cell."

Angiotensin-converting enzyme 2 is expressed in endothelial cells, which make up the inner lining of blood vessels and play a central role in mediating various functions of the cardiovascular system.

According to Dr. Ramirez: "Since ACE2 is a major binding target for SARS-CoV-2 in the lungs and in the blood vessels of other organs in the body, the tissues behind the blood vessels, which receive blood from the infected vessels, are at risk of being affected by the virus."

However, it was not clear whether ACE2 was also present in cerebral blood vessels or whether its expression changed in the health conditions that exacerbate "Covid-19", such as high blood pressure.

Analyzes showed that ACE2 is actually expressed through blood vessels in the frontal cortex of the brain and is significantly increased in the cerebral vasculature of people with a history of high blood pressure or dementia.

The researchers then investigated the effects of the spike protein in SARS-CoV-2 on the endothelial cells of the brain in cell culture models.

The introduction of the spike protein, particularly the portion assigned to subunit 1, resulted in significant changes in endothelial septal function that led to a decrease in barrier integrity.

The researchers also uncovered evidence that subunit 2 of the spike protein in SARS-CoV-2 could directly affect blood-brain barrier function, and “This is important because unlike subunit 1, subunit 2 of the spike protein does not bind to ACE2. This means that penetration of the blood-brain barrier can occur independently of ACE2.

Dr Allison Andrews, assistant professor in the Department of Pathology and Laboratory Medicine at LKSOM and co-author of the study, said the experiments showed that subunit 1 binding of the spike protein increases barrier permeability in vascular-like structures.

Dr Ramirez said, “Our findings support the suggestion that SARS-CoV-2, or its proteins that circulate in the bloodstream, can disrupt the blood-brain barrier in key brain regions. Outside the brain, it greatly increases the possibility of a nerve invasion by this pathogen, which provides an explanation of the neurological manifestations that Covid-19 patients suffer from.

The long-term effects of altering blood-brain barrier function in the presence of SARS-CoV-2 are still unknown. Moreover, as study co-author Dr Titiana Bojdigan explained: "Cerebral blood vessels are very branched, so even a small amount of neuritis can be very harmful."

Based on the team's observations of ACE2 expression in the brain, this neurological damage could be widespread in "Covid-19" patients with pre-existing health conditions in which blood vessels have already suffered some degree of injury.

Also, it is still not known whether the virus can reach the neurons or glial cells that lie behind the septum. Dr Ramirez noted, “The viral genome has not yet been found in the specific types of brain cells.“ The next steps in our work are to search for genomic viral copies in different parts of the brain using autopsy in cases of Covid-19 and to investigate the ability of Pathogen on nerve invasion using different cell culture and tissue-engineered combinations. "

We have 217 guests and no members online