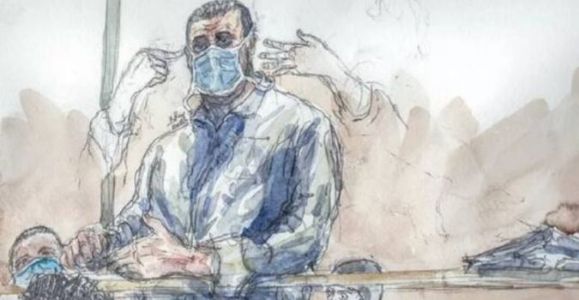 France suspended the trial in the case of the bloody attack on the headquarters of "Charlie Hebdo" magazine in early 2015, after the main suspect in this case was diagnosed with the Coronavirus.

And "Agence France-Presse", quoting lawyers, today, Sunday, that the French citizen of Turkish origin, Ali Reza Polat, (35 years), who faces life imprisonment for assisting the perpetrators of the attack in collecting their weapons and ammunition, vomited, then was examined Before a doctor, and the results of the corona examination he underwent were positive.

That prompted the judiciary to postpone the trial sessions, which began in early September, to at least next Wednesday.

"France Press" quoted Judge Regis de Guerna as informing the lawyers, in an email, of the need to conduct an examination of the 10 accused mixed with Polat, indicating that the date of the resumption of the trial depends on the results of their examination and the developments in the health status of those who have been diagnosed with their infection.

The defense lawyers were originally scheduled to present their positions before the judiciary on November 6, 9, 10 and 11, before the verdicts were pronounced against the accused on November 13, but this date will likely be postponed in light of recent developments.

The trial involves 14 people facing charges of being involved in the bloody attack that killed 12 people at the magazine’s headquarters, after it published cartoons of the Prophet Muhammad.

We have 240 guests and no members online