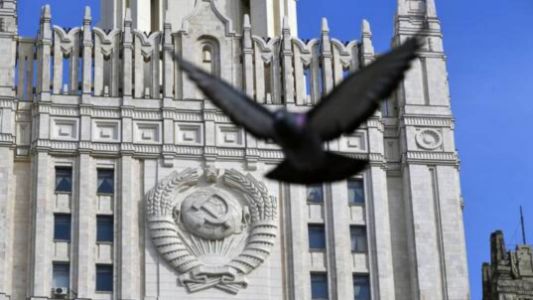 Moscow announced the imposition of sanctions on a number of British officials, in response to the restrictive measures taken by London against Russian citizens in light of the alleged poisoning of Russian dissident Alexei Navalny.

In a statement, the Russian Foreign Ministry confirmed that it summoned the United Kingdom’s ambassador to Moscow, Deborah Brunert, and handed her a memorandum regarding the Russian response to what was described as “unconstructive and hostile steps related to the adoption of unacceptable and unjustified restrictive measures last October against some Russian citizens. Allegedly, they were involved in the Alexei Navalny accident. "

The ministry explained that the Russian response, which is based on the principle of reciprocity, is to expand the list of British citizens banned from entering the territory of Russia, pointing out that the new blacklist includes people responsible for "escalating punitive activities against Russia."

The aforementioned British sanctions list matches the one adopted in October by the European Union and includes senior officials in Russian President Vladimir Putin's administration and the Ministry of Defense.

Russia categorically denies Western allegations that Navalny was poisoned last August 20 by elements of the Russian intelligence services, accusing the West of politicizing the matter and refusing to cooperate in order to reveal the truth of what happened.

We have 50 guests and no members online