After being compared to the quarantine period, Navalny was transferred to a prison outside Moscow. 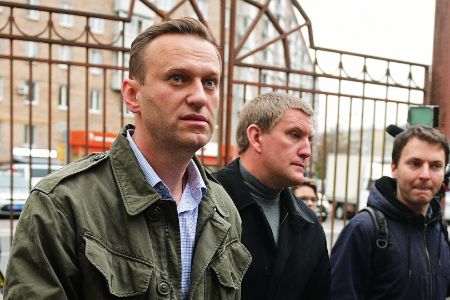 Russian opponent Navalny is serving three and a half years in prison for breaching the terms of his previous sentence in 2014, removing his months in house arrest that year.

This follows the judgement of the Simonovsky Court in Moscow on 2 February 2021.

The spokesman of the Russian Federal Prison Service, Alexei Melnikov, announced that the Russian opposition, Alexei Navalny, would be transferred to the central prison in the Russian city of Vladimir after the quarantine period.

"According to the existing regulations and provisions, the convict must be quarantined before being transferred to the central prison in Vladimir, and will need to pass the necessary tests and undergo medical treatment, after which he will be placed in a room and given a special number."

Milnikov noted that "the prison to which Navalny will be transferred is located in Vladimir Prefecture and specifically in the city of Prokov."

The "Babushkinsky" court in the capital Moscow held its hearing, where another hearing will be held later, concerning the defamation case against a veteran. The judge said that Navalny and his lawyers met, and decided to hold the hearings at the same location.

Navalny's defence lawyers had earlier said that they intended to appeal against the decision to change the sentence.

We have 75 guests and no members online