The attack on the Israeli ship proves the fact that time to strike and run is over. " 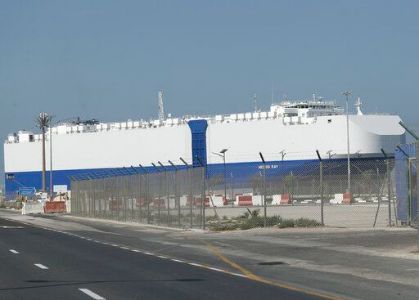 The Iranian newspaper Keihan, close to the Supreme Leader, reported that "the attack on the Israeli ship in the Gulf of Amman is retaliation for the resistance to recent Israeli attacks and crimes in the region.

Under the heading "Crimes in Syria and Iraq and Response in Yemen and the Amman Sea" on the front page, the newspaper close to the Iranian mentor, Ali Khamenei, added that "the ship may have been ambushed by one of the forces of the resistance axis," noting that "the attack demonstrates the fact that the time to strike and escape is over."

In its report, the newspaper stated: "It appears that the attacks and crimes of the Zionist regime in the region, which have recently become public, have finally turned this regime into a legitimate objective... A potential warship of this regime has been professionally targeted in the Amman Sea, confusing the Zionist regime and its allies. "

She continued: "In recent months, the United States and the Zionist regime have intensified their attacks on the axis of resistance in Iraq and Syria, and sometimes in Yemen. Some have even publicly claimed responsibility," adding, "Perhaps these serial attacks have left the Zionist regime in an illusion, so that it does not take resistance warnings seriously."

This statement coincides with investigations by an Israeli security delegation that arrived in Dubai.

While no one has admitted responsibility for this incident, Tel Aviv points fingers at Tehran.

In this regard, the Israeli Minister of Defence, Benny Gants, said that his "principled assessment that Iran" was behind the attack on the ship.

We have 160 guests and no members online