European efforts and bargaining, Iranian blackmail and conditions to reinstate the Nuclear Agreement 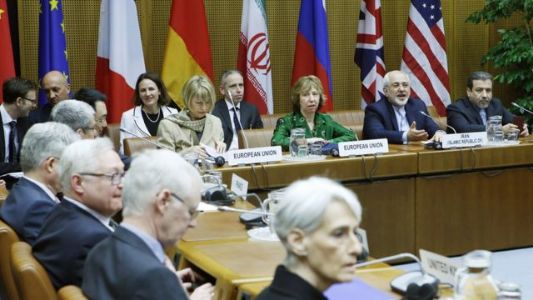 Under European diplomatic efforts to hold an informal meeting with the United States to reinstate the agreement that former US President Donald Trump withdrew from in 2018.

Iranian breaches of the nuclear agreement continue even after IAEA inspectors have been reduced, causing many complications.

But Iran, which required the lifting of sanctions before reaching the negotiating table, considered that "the time is not right when the administration of US President Joe Biden has not taken any action to lift sanctions on Iran," according to Iranian Foreign Ministry spokesman

In a statement, the spokesman of the Iranian Ministry of Foreign Affairs said that "given the current positions and the steps of the United States and the three European States, Iran considers that the time is not right for an informal meeting proposed by the European Coordinator of the Joint Comprehensive Plan of Action."

The recent Iranian position coincided with the meetings of IAEA Governors to examine the implications of reducing the work of IAEA inspectors and limiting the access of United Nations observers to nuclear facilities and sites.

At a virtual press conference held by IAEA Director General Rafael Grossi, he stressed that inspections should continue and should not be a "barter's paper,"

It should be noted that an Iranian political analyst said that the IAEA's attempts to persuade Iran to allow continued inspections at "suspected nuclear sites" would continue to be "negotiated and blackmailed by Tehran to reach possible negotiations with the United States."

We have 507 guests and no members online