The dispute over the South China Sea region and the U.S. fleet's readiness for a surprise attack 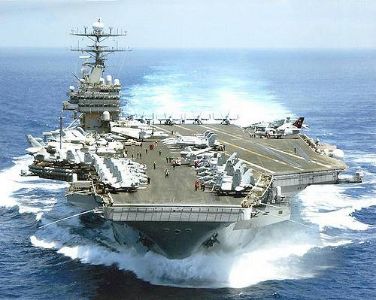 In the context of the dispute over the South China Sea, over which China has declared its sovereignty, the U.S. fleet is preparing for a surprise attack, to which its naval units could be exposed in case China decides to annex Taiwan using military force.

In a report on the dispute in the South China Sea, National Intercept reported that China was seeking to annex Taiwan, at a pace that could be faster than the response of the United States of America.

In a sign of the determination of the United States and its allies to continue sailing their ships freely in areas where international law allows sailing, the USS Ronald Reagan-led strike force is sailing in the South China Sea area as part of the efforts of the American fleet.

The free sailing operations carried out by American warships and their allies are also aimed at emphasizing that those States do not agree to China's declaration of sovereignty over the South China Sea region.

It is noted that China is establishing industrial part chains in the South China Sea to assert its sovereignty over those areas, which other Asian States are reportedly rejecting what they describe as "Chinese claims."

It should be noted that China is working to assert its sovereignty over the areas of the South China Navy by establishing numerous military fortifications of land, sea and air military assets, while the United States continues to operate in the waters of that area, which it says are "international waters" and that its warships are entitled to sail in accordance with international law.

We have 147 guests and no members online