EU envoy... Postponement of the Iran nuclear talks for consultation 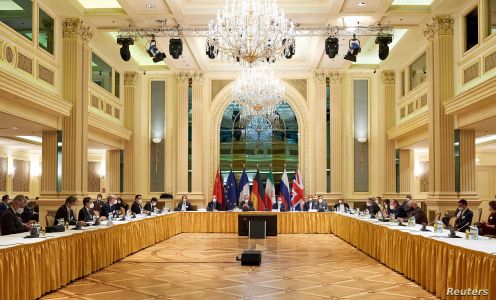 The European Union's Envoy for Iranian Nuclear Negotiations, Enrique Mora, announced the postponement of the nuclear talks between Iran and the Six Powers for consultation.

Enrique Moura said that the talks had made progress, but that he had made no mention of when the talks would resume, and that the participants would have a clearer idea of how to conclude an agreement upon their return.

He expected IAEA and Tehran to reach agreement on the extension of the agreement on inspections of Iran's nuclear activities, which would expire on 24 June.

For his part, Russia's envoy, Mikhail Ulyanov, told reporters that no one knew when talks would resume.

Senior diplomats from China, Germany, France, Russia and Britain are meeting in the Austrian capital, Vienna, to negotiate a possible return to the nuclear agreement for weeks in the sixth round of talks.

The United States did not have a representative at the table when diplomats met in Vienna, because former US President Donald Trump unilaterally withdrew from the 2018 agreement.

Trump has also reinstated and tightened sanctions to try to force Iran to renegotiate the agreement with further concessions.

However, the administration of United States President Joe Biden has indicated its willingness to join the agreement under terms that will see the United States widely reduce sanctions and Iran return to its 2015 nuclear commitments.

An American delegation in Vienna is engaged in indirect talks with Iran, where diplomats representing other world powers serve as intermediaries.

We have 311 guests and no members online