Macron goes beyond his predecessor, Hollande, and acknowledges the 1961 "crimes" against Algerians 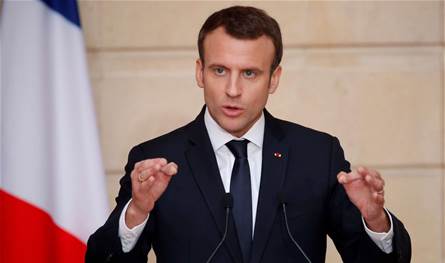 Following an official ceremony commemorating the sixtieth anniversary of the murder of Algerian demonstrators on 17 October 1961 in Paris, French President Emmanuel Macron condemned this to "unjustified crimes for the Republic."

A statement from the Elysée said that the Head of State "acknowledged the facts: that the crimes committed that night under the authority of Maurice Papon (the commander of the Paris police today) are unjustified for the Republic. "

The ceremony was reportedly held on the banks of the Seine near the Bizon Bridge 60 years ago by Algerian demonstrators who arrived from the neighbouring neighbourhood of Nanterre, at the invitation of the FLN branch in France.

This is the first time that a French president has gone to the scene of the massacre, where historians estimate at least dozens of victims, while the official outcome refers only to three deaths.

In doing so, Macron took a stand beyond what his predecessor, François Hollande, acknowledged in 2012 when he spoke of a "dam crackdown," referring to the occurrence of "crimes," standing at a minute of silence and placing a wreath of flowers in place.

The official statement of the French presidency added that "France looks at its entire history with insight and recognizes clearly defined responsibilities. First of all, it owes it to itself and then to all those devastated by the Algiers War and the crimes committed by all sides, in their bodies and in their lives. "

Macron, who was the first French president born after the Algiers War that ended in 1962, spoke to the relatives of the victims who seemed very affected. "

The Elysée had stated that "live bullets were fired at this place and bodies were recovered from the Seine," as a justification for choosing the venue for the ceremony.

He added that the French President "honours the memory of all the victims of a tragedy that has been denied and obscured for a long time."

He explained that on 17 October 1961, at a time when a protest had been held in Paris against Algerians being prevented from leaving their homes after 20:30, protesters had been suppressed "brutally, violently and permanently."

The French presidency also reported that "some 12,000 Algerians have been arrested and transferred to screening centres at the Cobertin Stadium, the Palais des Sports and elsewhere. In addition to a large number of wounded, dozens were killed and their bodies were thrown into the Seine River. Many families couldn't find the bodies of their children who disappeared that night. "

We have 219 guests and no members online