The European Union: Commenting on the assassination of Fakhrizadeh: a criminal act that contradicts respect for human rights 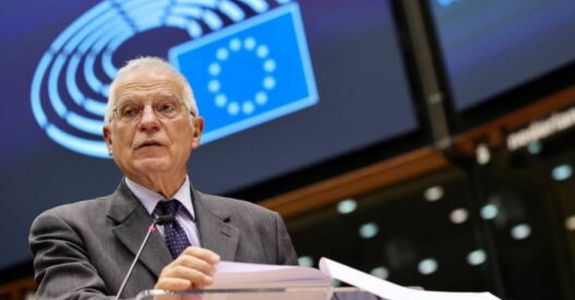 Today, Saturday, the European Union implicitly condemned the assassination of the Iranian nuclear scientist, Mohsen Fakhrizadeh, calling on "all parties" to show restraint.

In a statement published in Brussels, the High Representative for Foreign Affairs and Security Policy in the European Union, Josep Borrell, spoke of "a criminal act that contradicts the principle of respect for human rights, which the Union calls for." The statement did not mention any names, saying only that "an Iranian government official and a number of civilians were killed in (city) Absard as a result of a series of violent attacks."

Borrell added, "In these turbulent times, it is important for all parties, more than ever, to maintain calm and show maximum restraint to avoid escalation that does not serve anyone's interests."

On Friday, media outlets reported that the Iranian Defense Ministry said Mohsen Fakhrizadeh, head of the Research and Innovation Organization in this ministry, was assassinated as a result of an attack carried out by "terrorists".

Western countries consider Fakhrizadeh, who previously held a position in the Iranian Revolutionary Guard and headed a scientific center working in the field of physics, as an engineer for the military component of the Iranian nuclear program, he worked on a project to manufacture a nuclear bomb.

Iran has always denied seeking to acquire nuclear weapons, insisting on the peacefulness of its nuclear program.

We have 437 guests and no members online