Researchers warn of a new disaster at the Chernobyl station 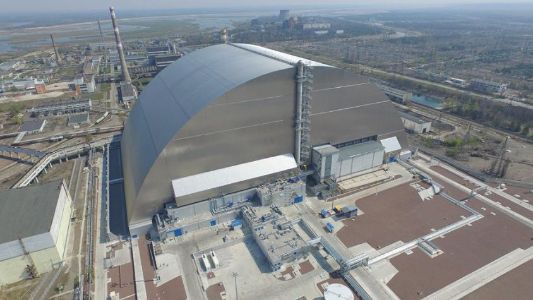 Scientists have warned of the consequences of nuclear reactions observed at the Chernobyl Electrotherapy Plant in Ukraine, according to the American scientific journal Syence.

In an article published by the journal, Neil Hyatt, an atomic chemical researcher at the University of Sheffield, likened what happens deep inside the reactor room inside the plant to "old, old, old, old grill."

According to the author, Ukrainian researchers are currently striving to understand whether resumed nuclear reactions will decay on their own over time, or whether the situation calls for action to prevent a new catastrophe.

Anatoly Doroshenko of the Institute for Electrothermal Plant Work Insurance in the Ukrainian capital Kiev said that detectors were monitoring the increase in the number of neutrons coming out of an inaccessible location inside the plant (room 305/2), which indicates that a nuclear fission reaction is in effect there.

For his part, the other Ukrainian researcher, Maxim Savelev, did not rule out the possibility of a new crisis at the Chernobyl plant, considering that those responsible for managing the site had several years to remove the threat.

A year after the disaster, a steel and concrete "coffin" was built on the fourth damaged reactor, but rainwater was seeping into the building, resulting in a rapid increase in the number of neutrons coming out of the tank.

Neil Hayat stated that he was talking about reliable data, expressing concern that fission reactions would lead to uncontrolled emission of atomic energy.

According to the author, solving the problem is a major challenge, given that the alarming high level of radiation in room 305/2 makes it impossible for normal detectors to be stuck there, adding that there is a plan to design a robot that can withstand radiation exposure over a long period of time to punch holes in the tank and implant boron cylinders to absorb neutrons.

We have 90 guests and no members online