After the important detection of the dragon skull of man... Do you contribute to the detection of 7 million years of geological history? 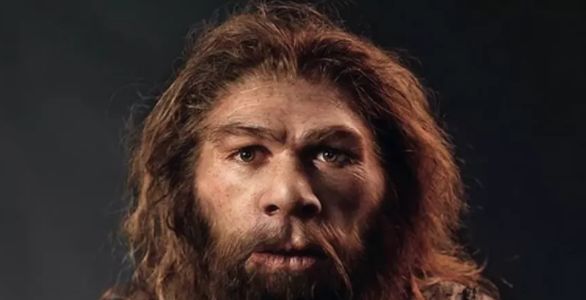 Following the recent publication of three research papers in The Invention, the skull of "Human Dragon" has made a big fuss in the global scientific community, as the skull discovered in China 80 years ago contributes to the story of humanity.

The remarkable global interest in the skull of "Human Dragon" explains that the tree of human evolution is an entanglement tree rooted in 7 million years of geological history, and any discovery that helps to deconstruct it is critical.

Although the discovery is important, it has yet to bear fruit, especially since scientists in the scientific community prefer to rest before making scientific judgments.

As for the reference by some scientists to a similarity between "human dragon" and "human Denisovan," this assumption is still at the table of scientists' research, especially since there are few "Denisovan" samples, and for an objective comparison to be made with the same parts of the skull.

It is pointed out that it is not currently possible to say that "Human Dragon" is Denisovan or similar, and in order to resolve this hypothesis it is necessary to obtain sufficient samples of Denisovan.

The Egyptian paleontologist, Dr. Hisham Salam, director and founder of the University of Mansoura Center for Vertebrate Fossils, says that after recent discoveries, the world's sights have turned to Egypt, hoping to discover any Homo fossils in Egypt, because the 7 million-year tree of human evolution, its roots are mainly African, and until man comes out and spreads the Earth, it must be out of nearby places like egypt.

It should be noted that the skull of "Human Dragon" was preserved in the Chinese method of preserving treasures, having been hidden at the bottom of a well for some 80 years, after it was discovered in 1933 in northeastern China, to come to light in 2018 and make a resounding noise in the scientific community.

The researchers are likely to be 50 years old, expecting a "very wide" face, deep eyes with large eye cavities, large teeth and a brain similar in size to modern humans.

The skull discovered in the Chinese city of Harbin is between 1380000 and 3090000 years old, according to geochemical analysis, and combines primitive features, such as the broad nose, low eyebrow and brain, with those most similar to Homo sapiens, including flat and delicate cheekbones.

We have 448 guests and no members online