From the venom of the snake. Manufacturing a promising drug that treats a "deadly health crisis" 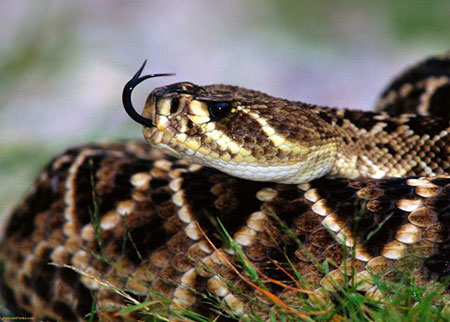 Researchers from Brazil and Belgium have recently successfully developed the protein "Colinine 1" in rattlesnake venom; This allows it to be used in the manufacture of a drug for stroke clots, along with the treatment of incurable wounds.

It should be noted that "belly" snakes are responsible for the majority of stings recorded against humans in the United States, which amount to 8 thousand bites each year, and there is hope that the deadly toxin will turn into a cure that heals deadly clots.

In a recent study published in the journal International Journal of Biological Macromolecules, scientists say that they used a technique called PEGylation so that the protein "Colinine 1" in rattlesnake venom would become more stable in the organism's body, setting the stage for its entry into the manufacture of promising medicine.

PEGylation reduces the interaction of protein from rattlesnake venom with the immune system, thereby preventing the effectiveness of its action.

Scientists obtained "Colinine 1" from the venom of a species of rattlesnake, with the scientific name "Crotalus durissus," and this molecule can devour the fibrinogen protein, produced by the liver, and cause blood clots to form.

While the protein "Colinine-1" promotes bleeding in the snake bite victim, in therapeutic cases, the protein is expected to be isolated and given small doses, which prevents the formation of stroke clots.

Scientists say there is a paradox when putting protein directly on wounds; It has the opposite effect, causing blood to clot in the wound, which folds very slowly.

The process of obtaining an abundant amount of protein directly from snakes is a painstaking effort; Trained specialists are required to extract toxins from this type of snake, and researchers have developed mechanisms for this process in a previous study.

We have 124 guests and no members online