Torrents are destroying Turkish towns, 70 people have been killed and 47 missing 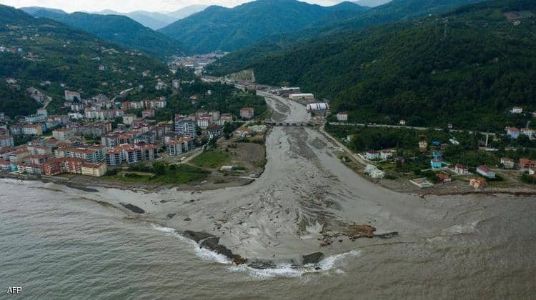 While emergency workers continue to search for 47 missing persons, 70 people have died in Turkey from torrential rains in towns bordering the country's Black Sea.

Dozens of cars and piles of rubble were washed away in the streets, buildings and bridges were destroyed, roads closed and electricity infrastructure damaged, causing chaos last week.

Sixty people died as a result of torrential rains in Kastamono province, while the Department of Disaster and Emergency Control reported that another nine people died in Sinop and died in Bartin, with 47 missing in Kastamono and Sinup.

Aircraft footage showed significant damage to the town of Buzzcourt, Kastamono province, where rescue teams conducted searches of the ruins of destroyed buildings early in the week.

The Department of Disaster and Emergency Management indicated that more than two thousand people were evacuated from the affected areas with the assistance of helicopters and boats.

Meteorologists warned of further torrential rains, with heavy rainfall expected, in areas of the Black Sea east of the damaged areas last week.

We have 116 guests and no members online