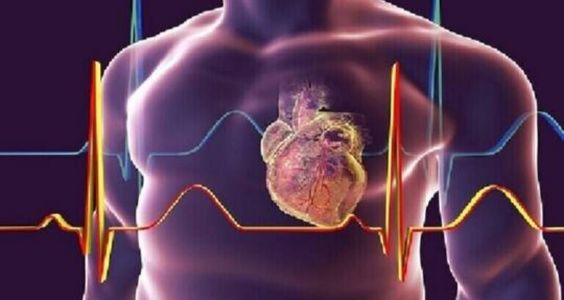 A study warns that ultra-processed foods, such as ready-to-eat and fast foods like potato chips and soft drinks, can increase the risk of heart failure by 58%.

Experts from Italy studied the diets and health of 22,000 people, and found that regular consumption of such foods increased premature death rates by 26%.

The team said that while many criticisms have been leveled at the high sugar content typical of processed foods, the problems may come from the processing itself.

"Efforts to direct the population towards a healthier diet can no longer be addressed except through caloric counting or through vague references to the Mediterranean diet," said epidemiologist Lesia Iacovello, from the University of Insubria, Italy. They are increasingly exposed to packaged foods - easy to prepare and consume, very attractive and generally cheap. "

In their study, Dr. Iacovilo and colleagues examined the eating habits and health of 22,000 people over an eight-year period.

And they found that those people who regularly consumed highly processed foods - 14.6% of their overall diet - were 26% more likely to die prematurely.

Moreover, these foods were found to increase the risk of dying from cardiovascular disease specifically by 58%.

As research author Mariala Bonaccio said: “To assess feeding habits, we used the international NOVA classification, which differentiates foods on the basis of how much they undergo extraction, purification, or alteration.

"According to our observations, people who consume large amounts of these foods have an increased risk of death from cardiovascular and cerebrovascular disease," added an epidemiologist from the Institute of Neurologyco Mediterranean Neuromed, in Bozeli.

Sugar often bears the blame for the increase in mortality, the researchers said, but the reality may be more complex.

"According to our analyzes, excess sugar plays a role, but it accounts for only 40% of the increased risk of death. Our idea is that an important part of the industrial treatment itself plays, which is able to induce profound modifications in Structure and composition of nutrients. "

The team said people need to realize that healthy eating is more than just counting calories, while young people should think twice before eating packaged foods.

"This study and other international research that goes in the same direction tells us that in healthy eating habits, fresh or minimally processed foods should be of the utmost importance," said Iacovilo. "Spending a few more minutes cooking a lunch instead of heating a bowl in Microwaving, or maybe making a sandwich for our kids instead of putting a prepackaged snack in our backpack: These are the actions that will reward us. "

We have 189 guests and no members online