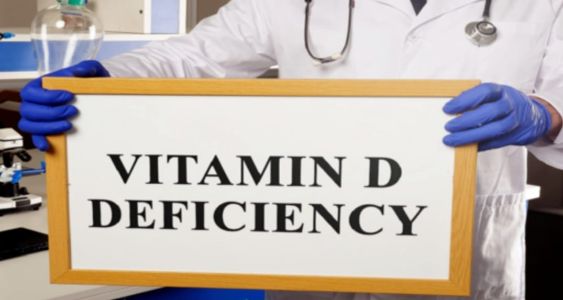 Vitamin D deficiency is more common around this time of year, and experts warn that this is a dangerous health condition, as a deficiency can have severe effects on the body.

Vitamin D plays a number of important roles in the body, including maintaining healthy bones, teeth and joints, and supporting immune system function. But can vitamin D also help reduce the risk of developing diabetes?

A study published in Plos One, led by researchers at the University of California San Diego School of Medicine and Seoul National University, suggests that people with vitamin D deficiency may be more likely to develop diabetes.

The study notes: “A higher level of 25-hydroxyvitamin (D) in plasma is associated with a lower risk of developing type 2 diabetes. We conducted a group study of 903 adults known to be free of diabetes during 1997-1999. The plasma was measured in the center during the period. 1977-1979 and the average age was 74 years.

The results included 47 cases of diabetes and 337 cases of pre-diabetes, with the study concluding that more research is needed on whether high 25-hydroxyvitamin D may prevent type 2 diabetes.

Lead author Suu Kyi Park, MD, in the Preventive Medicine Department of Seoul National University College of Medicine in South Korea, said, “We found that participants with blood levels of 25-hydroxyvitamin D, higher than 30 ng / ml, had blood levels. One third of the risk of developing diabetes, and those with levels higher than 50 ng / ml have a fifth of the risk of developing diabetes.

Study co-author Cedric Garland, associate professor in the Department of Family Medicine and Public Health at the University of California, San Diego, said people with 25-hydroxyvitamin D levels below 30 ng / ml were deficient in vitamin D.

The researchers found that these people had up to five times more risk of developing diabetes than people with levels greater than 50 ng / mL.

Garland, who has previously investigated the links between vitamin D levels and different types of cancer, said the study is based on previous epidemiological research linking vitamin D deficiency to an increased risk of developing diabetes.

Epidemiological studies analyze the distribution and determinants of health and disease conditions, as they do not necessarily prove cause and effect.

Garland added: "More research is needed on whether high levels of 25 hydroxyvitamin D may prevent type 2 diabetes or the transition from pre-diabetes to diabetes."

Signs of vitamin D deficiency can range from bone pain and muscle weakness, to depression and a weak immune system, while a long-term deficiency can lead to obesity, high blood pressure, psoriasis, osteoporosis, chronic fatigue, Alzheimer's disease, cancer and type 2 diabetes, according to Diabetes.co.uk.

The health site continued: "Vitamin D is believed to help improve the body's sensitivity to insulin - the hormone responsible for regulating blood sugar levels - and thus reduce the risk of insulin resistance, which is often a precursor to type 2 diabetes."

Some scientists also believe that this vitamin may help regulate insulin production in the pancreas.

We have 320 guests and no members online