The arrival of the sun's plasma cloud to Earth 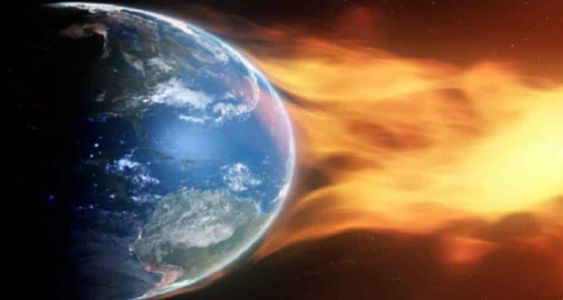 The Astronomy, Sun and X-ray Laboratory of the Institute of Physics of the Russian Academy of Sciences announced the arrival of a plasma cloud emanating from the sun on December 7 to Earth.

The laboratory statement said, "It was detected at four o'clock this morning, December 10, Moscow time, touching the Earth with a dense mass of solar gas."

And Russian scientists indicate, that the Earth will remain surrounded by solar matter for almost an entire day.

And the laboratory experts had announced earlier about the negative and positive consequences that the plasma cloud will cause when it reaches Earth.

We have 86 guests and no members online