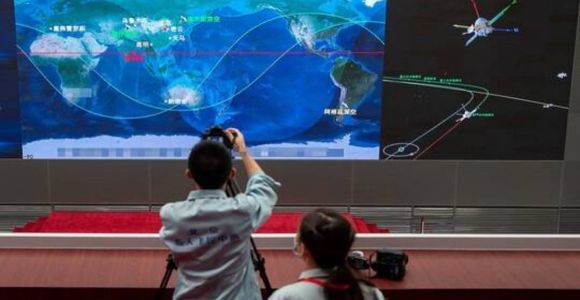 The probe moved away from Earth on its way to the red planet, which took 144 Earth days to a distance of 100 million kilometers. It is currently 12 million km from Mars.

The probe is traveling to Mars not in a straight path, but rather in an elliptical path, to avoid the influence of the sun's gravity. Therefore, it will be 190 million kilometers away from Earth when it reaches Mars orbit. As for the distance that it will travel, in fact, it will exceed the distance between Earth and Mars by a straight line.

This was reported Tuesday, December 15, by the Chinese National Space Administration. According to the administration, all devices of the probe are operating normally without experiencing any defects.

It is reported that the Tianwen-1 probe was launched to Mars on July 23 with a "Chanjin-5" missile from "Wagan" space airport in southern China. The probe is expected to approach Mars in mid-February, and then make 4 maneuvers to reach its orbit.