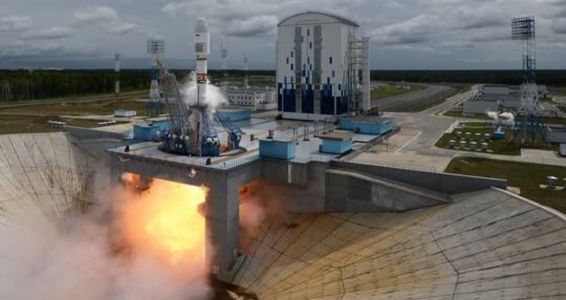 A Soyuz-2.1B missile was installed on the missile launch pad at Russia's Vostochny Space Airport, in preparation for the launch of British communications satellites.

This came in a statement issued on December 15 by the Russian "Ross Cosmos" satellite organization.

The statement said that the space airport experts will conduct checks of the missile systems, the accelerator unit and satellites to ensure their readiness. And that is before the launch of the missile on December 18th.

On December 17, a meeting of the governmental committee will be held, which will take a decision to supply the missile with fuel and launch it.

It is noteworthy that the "Vostochny" airport will launch at 15.26 on December 18 Moscow time for the first time in its history, which are 36 satellites of the British OneWeb company that arrived in Vostochny from the United States on board the giant Russian transport plane "Ruslan".

It should be noted that "Vostochny" is a modern Russian civilian space airport that was built 7 years ago in the far east of Russia to launch "Soyuz" and "Angara" civilian space missiles.

We have 282 guests and no members online