The first glance of InSight on Mars reveals that the planet's crust is like layers of cake! 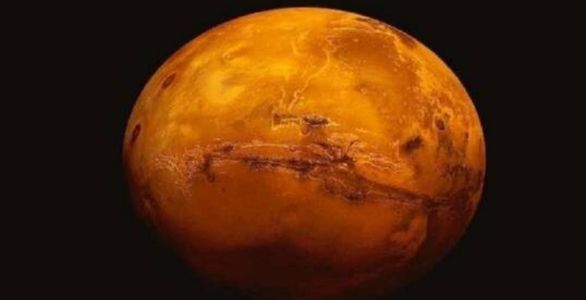 Data sent to Earth from NASA's InSight spacecraft revealed that the Martian crust consists of three layers that look like a cake.

The hypersensitive seismometer installed near Mars' equator, known as SEIS, has recorded hundreds of "earthquakes" in the past two years.

Each earthquake emits two sets of seismic waves, and analyzing the differences in how these waves move allowed researchers to begin calculating the size and composition of the planet's crust, cover and core.

"We have enough data to start answering some of these big questions," Jet Propulsion Laboratory scientist Bruce Banerdt told Nature.

The InSight mission launched in 2018, the first time scientists have looked inside a planet other than Earth.

The Earth's crust is divided into three rock sub-layers: metamorphic, igneous and sedimentary.

Scientists assumed that the crust of Mars was similarly organized, but until now, they had no data to work with.

According to the report in Nature, Mars may only have two layers, but a three-layer crust matches analysis of Martian meteorites.

By comparing the primary and secondary waves of swamps, they concluded that the thickness of the crust is about 23 miles on average, and approaching 42 at its maximum thickness. This is much thicker than Earth, as the Earth's crust varies from about 3 miles under the oceans to 18 miles under the continents.

Its probe, called "Mole", is designed to drill beneath the surface and measure the planet's temperature - but unexpected properties in Martian soil have made progress difficult.

Other equipment on the probe is operating at full capacity, including a seismometer, provided by the French Space Agency, the National Center for Space Studies.

Since April 2019, SEIS has recorded more than 480 earthquakes. The tremors are relatively mild and do not exceed 3.7 degrees.

"It's a bit surprising that we haven't seen a bigger event," said seismologist Mark Banning of NASA's Jet Propulsion Laboratory.

Banning says it's not yet clear if Mars is sturdier than Earth, or if InSight has landed during a quiet interval.

The earthquakes have been daily for some time, but came to a sudden halt in late June - just as the planet entered its windiest season of the year.

The seismograph contains a shield, but the winds are likely to be so strong that they shake the ground and mask legitimate tremors.

We have 109 guests and no members online