Virgin Orbit succeeds in launching its space missile from a plane 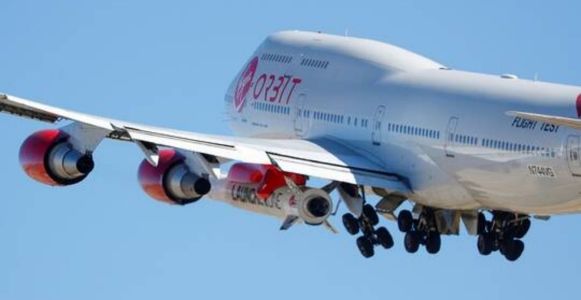 The company indicated on its Twitter page that the launch took place within its plan, and on Sunday, January 17th, a modified Boeing-747 took off from an airport in the Mojave

Desert in California carrying a LauncherOne missile under its wing, and after take-off. About 50 minutes, the missile separated from the plane and carried CubeSat nanoscale satellites into orbit.

According to the information provided by the company, "the engines of the two stages of the aforementioned missile worked on time and within the set plan, and the missile was able to reach the required orbit approximately 10 minutes after being launched from the aircraft, and thus Virgin Orbit has successfully completed for the first time the process of testing its new air launch system." ".

The LauncherOne missile, which consists of two stages, has a length of about 21.3 meters, and has the ability to fly at speeds of up to 28.1 thousand km / h, and Virgin Orbit had tested the launch of this type of missile from a plane in May last year, but the test was not successful then.

According to Virgin Orbit, the LauncherOne missiles may be used in the future to launch satellites into space weighing 500 kg, and their launches will be cheaper than those of competing space missiles.

We have 265 guests and no members online