UAE announces the second batch of astronauts, including the first Arab astronaut. 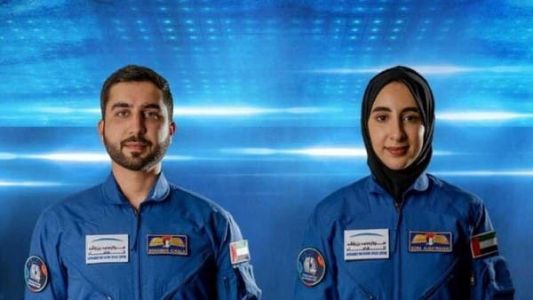 Sheikh Mohammed bin Rashid Al Mak , Deputy Head of State Prime Minister of Dubai, announced the names of the two new Emirati astronauts as part of the UAE astronaut program at its second session, including the first Arab astronaut.

Sheikh Mohammed bin Rashid Al Mak said: "Thankfully today we announce two new United Arab Emirates astronauts. They had their first Arab astronaut. Nora El - chi and Mohamed Mulla. They were selected from more than 4000 applicants. Their training will soon begin in NASA's astronaut program. Bless them home. We count on them to raise the name of the Emirates in heaven. "

The second batch of the Emirates Space Exploration Programme includes the first Arab astronaut, Nora Al- chi, with a bachelor's degree in mechanical engineering from the University of the Emirates in 2015, with expertise in engineering.

She was distinguished in engineering and mathematics during her academic career, and placed first at the UAE level at the 2011 International Mathematics Olympiad. She also represented UAE youth at the U.N. Youth Conference in summer 2018 and winter 2019.

We have 47 guests and no members online