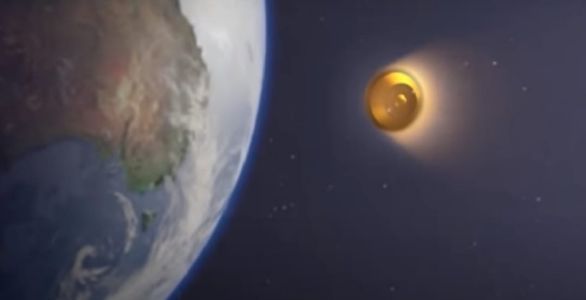 Japan's space exploration agency JAXA announced that the capsule containing soil samples from the asteroid "Ryugu" is in perfect condition.

"The sample capsule, which was collected from the surface of Ryugu asteroid by the Hayabusa-2 probe, has returned to Earth in excellent condition, and we look forward to opening it soon, to see its content," said agency spokesman Yuichi Tsuda.

The spokesman pointed out that the probe that collected samples in the capsule moved away from the asteroid with a special maneuver to launch a new space mission, and when it approached a certain distance from the Earth, the capsule separated from it, and at an altitude of about 10,000 meters, parachutes of the capsule opened to descend towards the Earth and land in South Australia on the fifth of This December.

According to Tsuda, Japanese experts will inspect the capsule first to search for traces of gases outside the Earth's range, and then the capsule will be transported to Japan to be opened and its content studied in a special laboratory of the Japanese Space Exploration Agency (JAXA).

We have 122 guests and no members online