Huawei announces the production of electric cars under its trademark 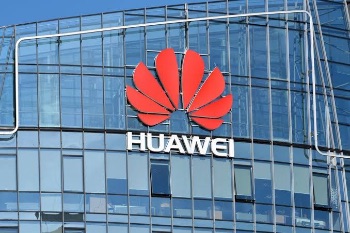 Producing electric cars under its own brands within five years

Reuters reported, citing 4 sources, that the Chinese company "Huawei" plans to manufacture electric cars under its own brand, and that it may launch some models this year.

Huawei is in talks with the state-owned "Changan Automobile" and other auto manufacturers, to use its own car factories to manufacture its electric cars, according to Reuters, citing two informed sources.

Reuters, citing two sources, also said that Huawei is in discussions with "BluePark New Energy Technology" of the Beijing-backed "BAIC Group", to manufacture its electric vehicles.

For its part, 3 of the sources  Reuters told that Huawei had begun designing electric cars internally and communicating with suppliers in the country, with the aim of officially launching the project early this year. One of these sources indicated that Richard Yu, head of the group Consumer business in "Huawei", which led the company to become one of the largest manufacturers of smart phones in the world, will shift its focus to electric vehicles, as another source noted, that electric vehicles will target a large segment of the market.

On the other hand, a Huawei spokesperson denied that the company plans to design electric cars or produce Huawei-branded cars, and said, “Huawei is not a car manufacturer ... However, through information and communication technology, we aim to be a provider. Digitally oriented, new additive component provider ... enabling automotive OEMs to make better cars. "

The plan heralds a potential major shift in the direction of Huawei’s plans, after nearly two years of US sanctions that cut access to major supply chains, forcing it to sell part of its smartphone business to keep the brand alive. Former Donald Trump, Huawei, is on the commercial blacklist due to concerns over "national security."