A revolutionary invention. A device that identifies people living with corona virus by smelling very accurately 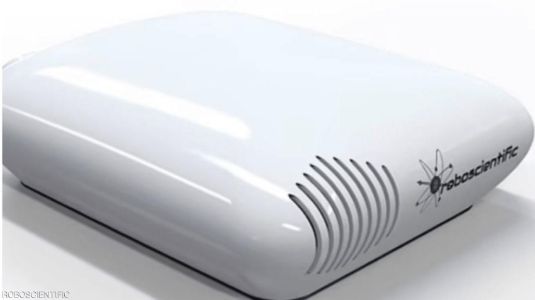 In a massive surge that is able to facilitate human life with the spread of the new Corona virus, scientists at a British company have updated it, as it has become possible to identify people living with the virus through their scent, thanks to a new device, which reduces the risk of transmission in public.

Scientists at the British company Robosaintvik have devised a device that can identify the "smell" of the corona virus, and determine if there are injuries somewhere, with an accuracy of up to 100 percent, in just 15 minutes.

This invention would greatly facilitate people's lives in the context of the spread of the epidemic. The device could be installed in offices, schools or aircraft to prevent the outbreak of COVID-19.

The device is dependent on the detection of the characteristic odor that results from chemical changes in a person's skin or breath, because the virus alters the volatile organic compounds that make up the body's odor, so there is a "footprint" in the sufferers that cannot be detected by humans, but can be detected by the device when it absorbs the odor.

With a specific room, the device is able to detect the corona's "smell" within 15 minutes, and notify the infected among them, after which the usual patient identification tests are performed.

We have 333 guests and no members online