Add four more countries to the largest marine cable project in the world. Get to know them 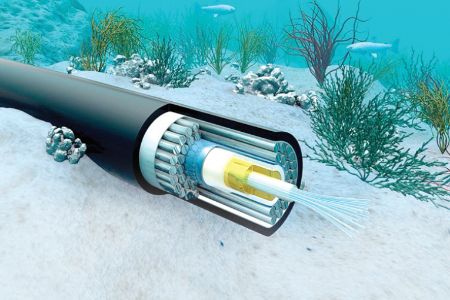 In the world's largest marine cable project, Facebook and a team of African and global telecommunications companies have announced four more countries to expand the construction project in Africa earlier than planned.

Referring to those four countries as the newest addition to the recently announced extension in the Canary Islands, Facebook and companies said in a statement that Internet connectivity would be extended to the Comoros, Seychelles, Angola and southeastern Nigeria.

In its statement, Facebook and companies added that Alcatel Submarine Networks of Nokia-owned cable systems has been tasked to deploy branches in the four new countries, which will increase the number of cables to 35 in 26 countries, which will contribute to better communication in and around Africa.

The largest marine cable project was launched in May 2020 to connect those countries in Africa, the Middle East and Europe, and is expected to be operational in late 2023.

It should be noted that sea cables form the backbone of the Internet, carrying 99 percent of the world's data traffic.

The major economies in Africa include a large and rapidly growing number of Internet users, thanks to the rapid expansion of mobile broadband and smartphones available on affordable markets.

Nevertheless, Africa, with a population of just over 1.3 billion, still lags behind in Internet connectivity, with a smartphone average of about 26 percent versus a global average of 51 percent.

We have 157 guests and no members online