The World Cup kicks off on Wednesday ... and the dreams of the Egyptians do not stop. 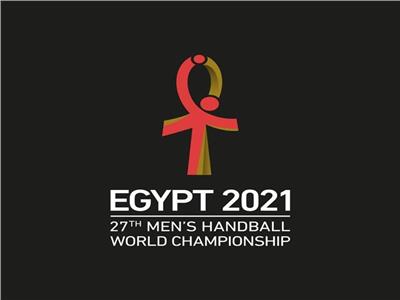 On Wednesday evening, all eyes will follow Cairo International Stadium, hosting the opening meeting of the 2021 World Hand Cup between Egypt’s and Chile’s teams, in an exceptional event, as Egypt will host the tournament for the first time in its history.

The handball World Cup, in its 27th edition, extends until the end of January, with a new system that allows 32 teams to participate in the tournament instead of 24, in a difficult challenge that faces Egypt, whether in terms of organization or competition for the title.

An opening ceremony will also be held for the tournament, with the Egyptian singer Tamer Hosni presenting the official song for the 2021 World Cup, " Aaaaikadik ", in addition to several different performances.

Egypt's organization of the tournament represents a difficult challenge, in light of the second wave of the Coronavirus, and the increase in the number of infected people globally and locally.

On Tuesday, the American handball team announced on Twitter that it had officially withdrawn from the 2021 Handball World Cup, after the team’s medical swab revealed that 18 people had been infected with Corona.

The US team is the second to withdraw from the World Cup after the Czechs, due to "Covid-19" striking 15 Czech players before the start of the tournament.

The International Handball Federation had placed several teams as substitutes in the event that any team apologized for participating in the tournament, and they were in order: North Macedonia, Switzerland, the Netherlands, Montenegro, Ukraine and Serbia. It is decided that the North Macedonia team will participate instead of the Czech Republic and the Swiss national team instead of the American team.

Doubts also increased about the fate of the World Cup, after the withdrawal of the United States and the Czech Republic, for fear of the emergence of cases of infection with the participating teams, during the activities of the World Cup.

Nasr added "We expect the preventive system set up by the Ministry of Health and Population with the Ministry of Youth and Sports, known as "the bubble", as all the missions of the teams participating in the tournament, whether players or technical or administrative bodies, are subject to quarantine since their arrival in Egypt. After withdrawing medical swabs confirming their safety, it is forbidden to enter or leave any of them throughout the tournament.

On the line of preventive measures, Nasr announced, earlier, that the World Cup would be held without a public presence, and without the media presence of journalists registered outside the "full bubble", with the exception of the media committee in charge of covering the tournament.

He concluded: "the safety of the players is our first goal, and we seek to hold the tournament activities without any problems. The Egyptian public hopes that the Egyptian national team will achieve an advanced position in that tournament; especially after Egypt's under-19 handball team won the World Cup for the game for the first time in its history, in 2019.

For his part, the head of the referees committee of the Egyptian Handball Federation, Tamer Fikry, says that the Egyptian team hopes to reach at least the quarter-finals in the World Cup. Fikry also explained to "Sky News Arabia" that the Pharaohs team had not prepared enough for the tournament, due to the cancellation of many official and friendly pre-World matches, especially the postponement of the 2020 Summer Olympics, in light of the Corona pandemic.

He added, "the lottery put Egypt in a difficult group, and ascending to the next round requires a great concentration of the elements of the national team, and the most difficult confrontation will be against Sweden."

He referred to the Egyptian Federation’s confidence in the capabilities of the national team, in reaching the farthest possible role in the tournament, stressing that logical calculations disappear with the tournament’s activities, so there are always surprises, as he said.

He continued: "the strength of the national team includes a mixture of experience and youth, under the leadership of a strong Spanish coach, Roberto Garcia Barondo, and we have a strong opportunity to compete with the world's top players in the game.”

Fikry believes that the absence of the Egyptian public from the tournament will negatively affect the national team, especially since the last three copies of the World Cup were won by the landowners.

We have 51 guests and no members online