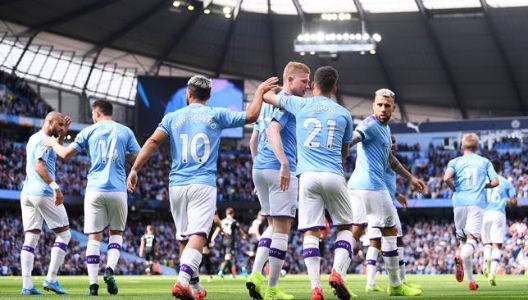 The Manchester City team, leading the English Premier League, moved away by 13 points in the Premiership following a two-for-one win over their West Ham United guest, today Saturday, to clinch their 20th consecutive victory in all competitions.

Manchester City came forward half an hour later when defender Robin Diaz converted Kevin De Bruyne's accidental pass with a header strike inside, his first goal with his team, but the guest team realized a tie through Mikhail Antonio two minutes before the break.

Coach Pep Guardiola's team settled their 14th straight victory at the Primerlig when defender John Stones threw into the net from inside the penalty area after a Riad Mehers pass.

West Ham, the fourth-order scorer who performed well in the match, almost snatched the tie but Issa Diop was unable to play a good head strike from Jesse Lingard's occasional pass.

The win brought Manchester City, who have not lost in the last 27 games in all competitions, to 62 points from 26 as Manchester United had 49 points before coming out to meet Chelsea tomorrow Sunday.

With this win, Siti equalled a record of 20 consecutive championship wins.

We have 96 guests and no members online