"Best Young Goalkeeper" deal... One contact agent gets what Ronaldo makes in 8 months. 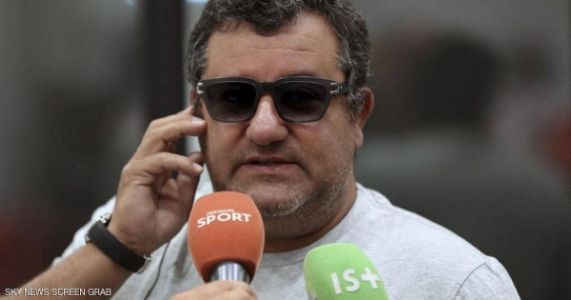 In the "crazy" deal, her hero was a business agent. Different sources confirmed, from the completion of French Paris Saint-Germain, retirement with the "best young goalkeeper."

According to sources, the protagonist was the famous business agent, Mino Raiola, who settled his agent's deal quickly, after Milan announced that he would not renew the contract with him, due to his high demands.

With one call, Raiola terminated Donnarumma's transfer deal to Saint-Germain, as he agreed with the French club to get 20 million euros, the deal's commission.

In a few days of telephone calls, Mino Raiola earned a higher annual salary for most of the big football stars, and the Portuguese star Cristiano Ronaldo's salary was almost matched by that deal.

As a result of the deal, Raiola earned more than French star Kylian Mbappe's annual salary (€18 million), earned the same annual Polish rapper Levandowski, and entered the same category as Ronaldo and Neymar, who are paid €30 million a year.

And so Raiola got the Donnarumma deal, what Ronaldo makes in 8 months.

The Italian is Raiola from the "fiercest" of football's business agents, and he has already harvested a similar amount from Paul Pogba's transfer deal to Manchester United.

Raiola is expected to receive a similar amount, next year, when he oversees the sale of his Norwegian client, Earling Halland, to a top European, the most sought - after talent in the world of football.

We have 182 guests and no members online