A Moroccan official... The Moroccan election is safe in Guinea. And a plane is waiting for him at the airport 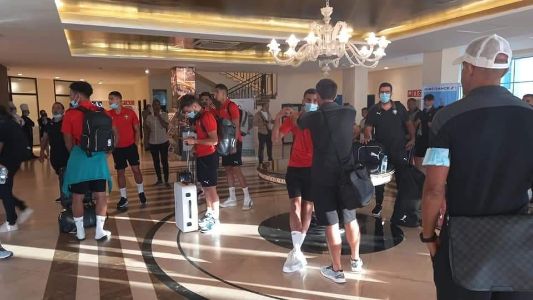 In the Guinean capital, Conakry, which is experiencing a military coup d'état and chaos amid allegations of the arrest of President Alpha Conde and the "dissolution" of State institutions by special forces officers, a Moroccan official reported that his country's football team was "safe."

Mohamed Mukhrov of the Moroccan Football Federation said that members of the national team were "safe and are currently in a hotel away from tensions."

The Federation was "working to evacuate the team today and there is a plane waiting for it at the airport."

The Moroccan team was supposed to face its Guinean counterpart, on Monday, in the Africa qualifier for the 2022 Mondial Qatar.

He reportedly heard heavy gunfire in central Conakry, Sunday, and the coups allegedly arrested President Condé and sent France Press a video showing the head of state surrounded by soldiers.

However, the Government said in a statement that it had "repulsed" the attack on the presidential palace.

It should be noted that Guinea, one of the poorest countries in the world, despite having considerable mineral resources, has long suffered from political instability.

We have 190 guests and no members online