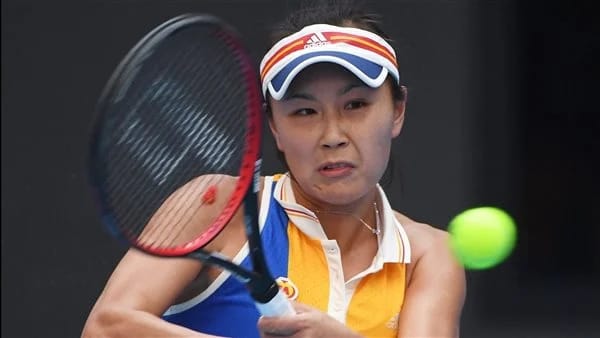 There is international concern and interest in the fate of Ping Shuai, the Chinese tennis star who disappeared after accusing a prominent Chinese official of sexual assault.

Until now, the fate of Chinese star Peng Shuai remains unknown, and she lost her trail after she was revealed to be 40 years older by a former Communist Party official who forced her to have sexual relations to be his mistress.

Following international demands to reveal the fate of the disappeared Chinese player, the editor of a newspaper close to the government confirmed that Peng Shuai would soon come public.

China's official Global Times editor, Hu Shijin, said Shuai was staying at home freely, and we didn't want to upset her in the past few days, stressing that she would "soon" be involved in some activities, and continued, "I am convinced that the wrong speculation about the fate of Peng Shuai will lie."

We have 186 guests and no members online