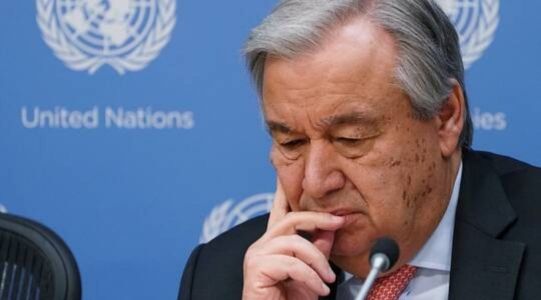 United Nations Secretary-General António Guterres said in an opening speech at a climate summit on Saturday that world leaders should declare a "climate emergency" in their countries.

He stressed that this is necessary to advance efforts to avoid a catastrophic rise in global temperature.

"Can anyone deny that we are facing a very urgent situation ... So today I call on all leaders around the world to declare a climate emergency in their countries, so that we can reach carbon neutrality," Guterres said in a speech via video call.

More than 70 leaders will speak at the virtual one-day summit aimed at rallying efforts for deeper cuts in global warming emissions, on the fifth anniversary of the declaration of the Paris Climate Agreement.

We have 156 guests and no members online