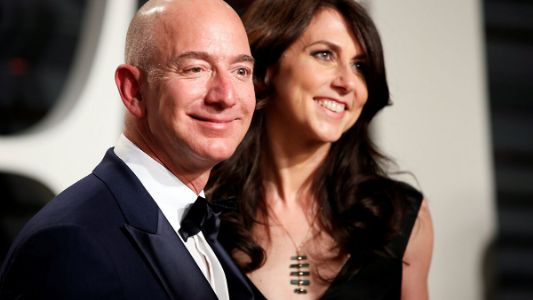 Mackenzie Scott, the ex - wife of Jeff Bezos and one of the world's richest women, married a science teacher in Seattle, who immediately announced that he planned to help donate most of their wealth to charity.

Dan Gewett, a private school teacher, referred to the marriage on the website of the Jeffing Blidge campaign or the "Giving Pledge," launched by billionaire Bill Gates, his wife Melinda and billionaire Warren Buffett to encourage billionaires to work in charity.

For his part, Bezos said in a statement via an Amazon spokesperson, "Dan is a great man, and I'm happy and excited about both. Bezos, the founder of Amazon E-Commerce, is the richest person in the world with a fortune of $176.6 billion.

In a publication dated 6 March, on Scott's web page, Giwit wrote: "In a happy coincidence, I am married to one of the most generous and kind people I know, and I join her in committing to transferring enormous financial wealth to serve others."

In the letter, Gioet said that he was a teacher for the majority of his life and never "sought to pool this kind of wealth required" for charitable pledges.

Scott, 50, ranks 22nd on the list of the world's richest people with a net wealth of $53.5 billion, and since her divorce from Bezos in 2019, she has become one of the most important philanthropists of her generation.

Scott made nearly $6 billion last year, what may be a record annual bid for a living person, and the money went primarily to small charities like black colleges that don't necessarily benefit from the generosity of the billionaire.

We have 149 guests and no members online