Kadyrov told the Israeli Security Counci. We destroyed the gunmen, you're late : 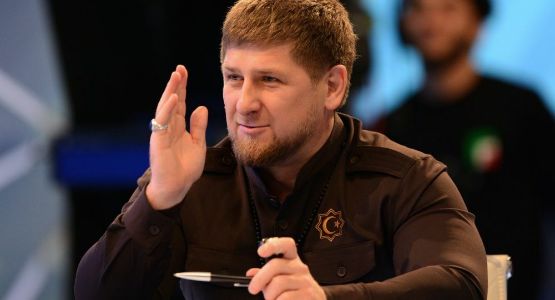 Today Tuesday, Chechen President Ramadan Kadyrov shared a post via his official channel on Telgram, in which he reported on the continued Israeli Security Council allegations of terrorist groups (banned in federal Russia) in Chechnya and their inclusion in the list of States that pose a threat to Israel.

He criticized Kadyrov on his page, "Israel's claim of terrorist group activity in the Chechen Republic, advising Israeli citizens not to visit the area."

Kadyrov commented: "It appears that this list has not been updated for 20 years. Moreover, I believe that the List is made according to its own tone. I thought that Israel is a State on which no one is allowed to dictate the terms. It is therefore strange to me that a sovereign State is subject to someone's tricks and is not interested in the real state of things at all. "

Kadyrov continued: "Dear members of the Israeli Security Council! For you personally, I inform you that hostilities in the Chechen Republic have long since ended, and there is no longer a single terrorist group on the territory of our region. "

He added: "So-called experts, you can come to us personally, look at the situation in the region and see how many foreign citizens have died at the hands of terrorists over the past decade, and it will truly surprise you."

As Kadyrov described how he felt, he said: "I am very happy that Israeli citizens are aware of the true state of affairs. They come actively to the Republic, they do business, they relax and they travel. "

He recommended to the Israeli Security Council that its citizens not be intimidated by Chechen terrorists who did not exist. We destroyed the gunmen, you're late. "

We have 358 guests and no members online