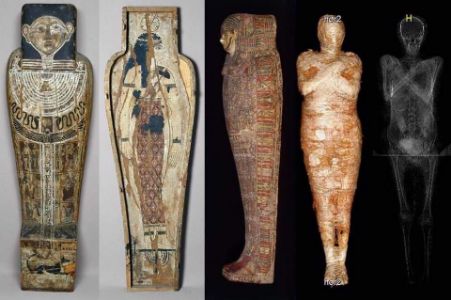 A unique scientific event announced today by a team of Polish researchers was the discovery of an embryo in the mummy gut of an ancient Egyptian lady.

The initial radiation test on the mummy of the lady who died in her third decade between the ages of 20 and 30 revealed that she was pregnant.

This mummy arrived in Warsaw in 1826 and was kept inside a coffin originally made for a male priest named Djihuti, adding to the myth.

The team of researchers announced that Mrs. Twenties belonged to the elite of the community in goodness due to the quality of her embalming.

The research stated that the mummy was robbed, possibly transferred from her coffin to that of the priest, which makes it difficult to identify her.