After accusations of "stalking Palestinian content" over the war in Gaza... Tricks to escape the algorithms of networking sites 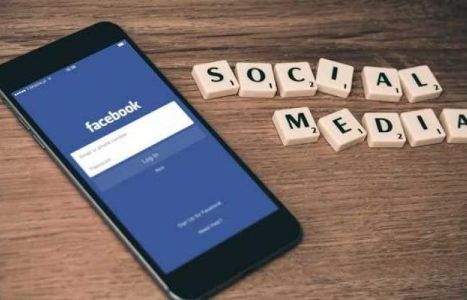 The current escalation between Gaza and Israel has sparked widespread pressure on social media sites and apps in recent times about the "algorithms" of those sites, particularly Facebook, following accusations of "stalking Palestinian content" and the suspension of some accounts to post content contrary to Facebook publishing standards.

Many have resorted to various tricks to escape and circumvent their algorithms to spread the content they want without the publication being deleted, while Facebook activists have been accused of hiding Palestinian content, or even banning and disrupting accounts like others in recent days.

It should be noted that these tricks, which are thought by some to be "successful in circumventing the language processors used by the algorithms of those platforms," are at the same time limited by doubts about their success, given the "remarkable development of artificial intelligence techniques and their treatment even with various languages, including vernacular dialects."

The first of these tricks was by writing words that are thought to be sensitive and read through Facebook algorithms, so that it makes it difficult to classify or detect them by those algorithms, along the lines of: GZ and AR LL.

One of the tricks that some users have used is to write the same words in Arabic, with the middle letter and write it in English, to make it difficult to classify it as well, such as circumventing Facebook algorithms and intelligent language processors, similar to their own (SiS, g Z).

In parallel, many users who publish content linked to the current escalation between Palestine and Israel, sometimes using terms that may be subject to certain restrictions via Facebook, have resorted to Arabic writing "no scratching" within the tricks of escaping algorithms. It's a safe space where a person can say what he wants.

Many users had no difficulty understanding and reading those "codes" or tricks, which encouraged many to rely on them on different subjects; Thought it was a success in fooling algorithms.

And underestimating the possibility that these methods could be a ploy to escape from these algorithms, an information security expert talked about the difficulty of circumventing social media algorithms.

He also points out that writing characters sporadically, with certain abbreviations or even writing words without points cannot represent a successful pattern of circumvention; Considering that in those sites there is a feature of language processing, including Arabic, "even if the word is incomplete or written differently, that word is revealed and its meaning is revealed."

According to an information security expert, networking sites can detect and investigate different words in any way written in them, but "it takes a while for the AI model to read it."

An information security expert points out that "these platforms use a language-specific (artificial intelligence model), including vernacular languages, and through that model the word is discovered in any way written in it, noting that this includes unarranged or unarranged words.

It should be noted that the Government Information Office in the Gaza Strip earlier criticized the media sites and accused them of pursuing Palestinian content.

While there have been active calls through the media, including journalists, media and activists, for users to put a negative "one star" rating on those apps, while writing objectionable comments on their policy and restrictions on certain terms and topics, accusing them of racism.

We have 265 guests and no members online