Talk of a "serious" nuclear incident in China. The US administration is discussing the situation with the French government and experts at the Department of Energy. 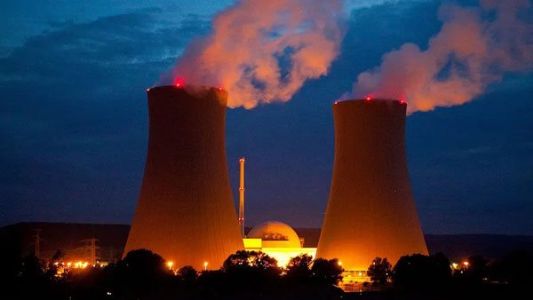 Framatom, a subsidiary of the French ODF Group, announced that it was monitoring the "development of a performance problem" at the Taishan nuclear power plant in southern China.

Following an article by CNN about a leak at this plant with two nuclear reactors, Framatom explained that the facility in which it was co-built was "within the scope of operation and security permitted."

Sources were quoted that last week the United States Administration had received and was verifying a report of a "radiological threat" at the Chinese Taishan nuclear power plant.

The warning of an "imminent radiological threat" came from the French company Framatom, which partly owned and assisted in the operation of the Taishan nuclear power plant in Guangdong province.

The company said in a report by the US Department of Energy: "The situation poses an imminent radiological threat to the facility and the public, and Framatom is urgently requesting permission to transmit technical data and assistance that may be required to restore the station to normal operation."

Framatom was quoted as saying that the Chinese regulator had raised radiation detection limits outside the nuclear power plant, in order to avoid closing the facility.

According to an informed source, US officials at present do not believe the leak has reached a "crisis level," but acknowledge that the situation requires surveillance.

Sources revealed that, against the background of this report, the US National Security Council held several meetings last week, and the US administration discussed the situation with the French government and experts at the Department of Energy.

"We were informed of the increased concentration of some rare gases in the primary player circuit at the Taishan nuclear power plant," the French electric power company said in a statement.

It is noted that the presence of such gases in the reactor's primary circuit is a well-known phenomenon provided for by reactor operating procedures.

We have 436 guests and no members online