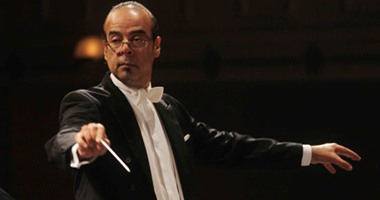 Recording of the orchestra and choral of the Philharmonic Union lead and musical output of all the musical elements of the parade: Nader Abbasi

And a fixed term: Sound Engineering and Recording for the Wokural Union Philharmonic Orchestra

And Dr. Tseer Abdallah: The choice of all the notice used in the event from the anthems and hymns is already on the walls of the temples for the most famous Eid celebration in ancient Egypt.

He added that today at 7:30 is a historic event in the oldest city in history, the opening of the Royal Parade Road (the Kabbash Road) and the shortest.

150 television stations are transmitting to the world the legendary event and more than 1 billion viewers are waiting.

We have 71 guests and no members online