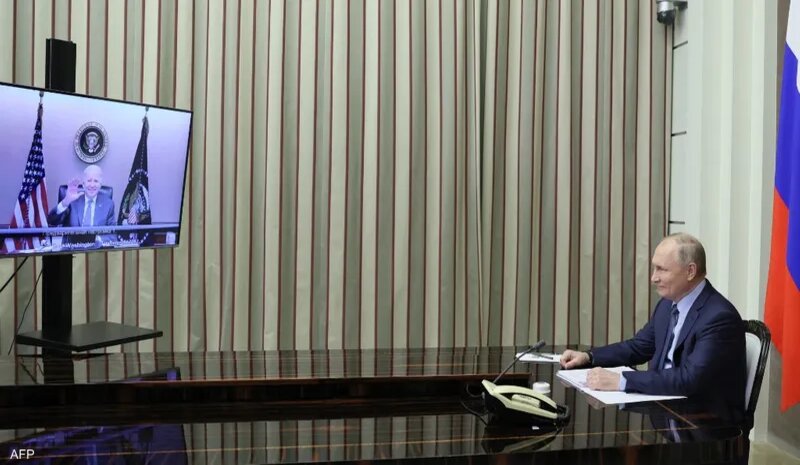 The upcoming meeting between US President Joe Biden and Russian President Vladimir Putin saw an "embarrassing" start. During the video interview and at the beginning of the meeting between the two leaders, President Biden experienced "technical problems," failing to operate his microphone.

Biden started working on the voice microphone, while Putin sat waiting for him smiling, before Biden laughed "hello" and waved his hand.

The Russian media also observed an accelerated, "tense" movement with the legs of Putin, under the table, during the start of the meeting, which the activists' interpretation on social media differed from the comfort and confidence of Putin to the tension of the Russian president.

Russian media posted the video of the beginning of the meeting between the two presidents, but did not broadcast the entire meeting, which lasted for more than two hours.

According to the White House, Biden threatened to impose economic sanctions and other powerful measures on Russia in the event of a military escalation.

The talks between Putin and Biden were concluded via video technology, with Biden relaying to Putin American concerns about Russian actions in Ukraine.

The upcoming meeting between US President Joe Biden and Russian President Vladimir Putin, via video technology, became a social media talk after the end of the meeting.